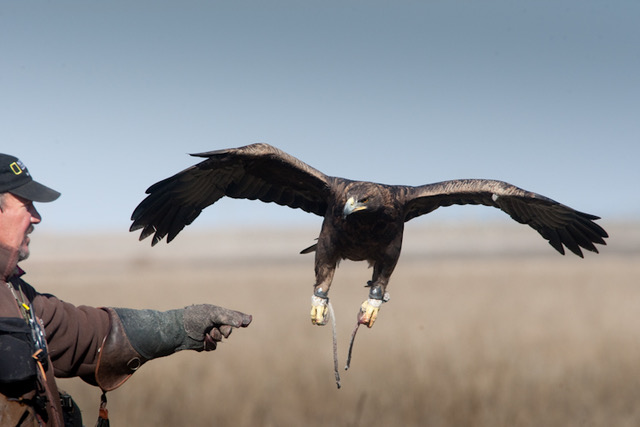 The Committee for Eagle Rehabilitation Excellence (CERE) has been established to address the specific needs of golden eagles (Aquila chrysaetos) entering raptor rehabilitation centers. Representatives from select falconry organizations, eagle rehabilitation centers, the veterinary community, biologists, and the Native American community form the working group of this committee, all with the shared interest in golden eagle welfare and conservation. The varied and often severe injuries that golden eagles experience in the wild and the frequency of such events warrant a more carefully developed approach to their medical care, flight conditioning, and release strategies. Thus far, the fates of individual eagles released to the wild have been poorly documented, and there is justifiable concern about the efficacy of current methodology. The goal of this committee, therefore, is to develop recommendations for medical evaluation, treatment, husbandry, conditioning requirements, release techniques, and other ways of enhancing and verifying post-release survival. 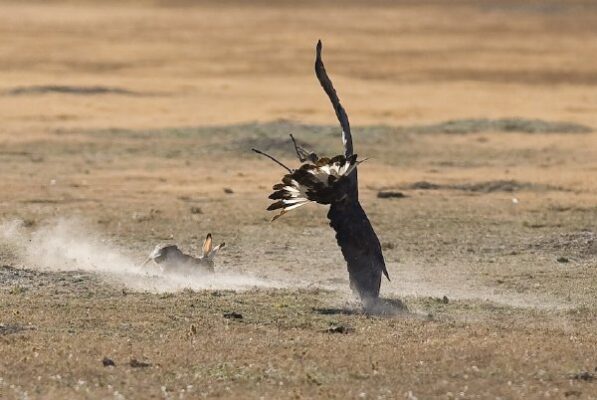 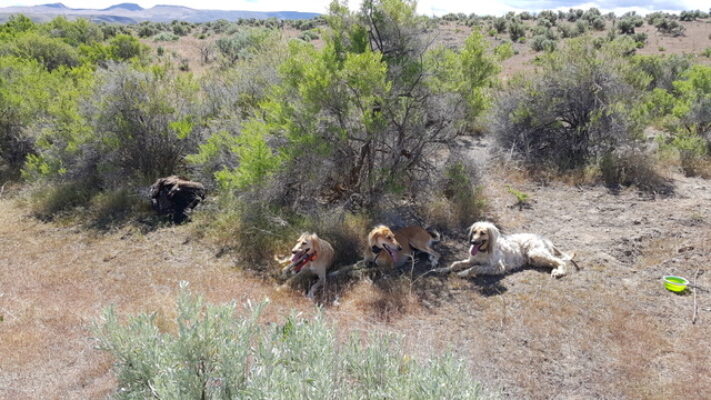 Golden eagles forage primarily on medium-sized mammals in shrub-steppe and open grasslands, and nest on cliffs and in trees. After a long period of intense human persecution owing to a general misunderstanding and dislike of predators, the species received legal protections in the 1960s. Thanks to science, documentary films, and celebratory articles, our society now values golden eagles, and they have become a focus of conservation. There remain, however, a variety of human-related mortality factors that annually take their toll on populations, such as electrocution on distribution lines, lead poisoning, wire-strikes, collisions with vehicles, and wind-turbine blade-strikes.

Habitat loss and drought effects on food availability are also important factors affecting golden eagles. Every year, veterinarians and wildlife rehabilitation facilities receive injured golden eagles of various ages, as well as eagles too young to fly (nestlings and fledglings). A subset of the latter, still being protected and fed by their parents, would better have been left alone than “rescued.” Some, however, are emaciated, suggesting that they have somehow lost contact with their parents or are suffering from lead poisoning, a symptom of which is emaciation. It is desirable to return these eagle “patients” to the wild, the alternative being to commit them to captivity, an unfortunate fate for such remarkable beings whose life expectancy may exceed thirty years.

Not much has been published to evaluate the current rehabilitation practices to substantiate golden eagle survival after release. For eagles that were competent foragers prior to injury, and whose health can be fully restored, the task of returning them to the wild may simply require proper conditioning. Juveniles, on the other hand, depending on when they were obtained, must also learn to travel and forage prior to their ultimate release.

Developing standards for medical care, rehabilitation strategies, and post-release monitoring will strengthen the effort by all those involved with golden eagles. As for conservation, reducing human-caused injury is vastly more important to golden eagle populations than rehabilitation. Developing better methods for the latter, however, may well help conserve raptor populations elsewhere whose numbers have dwindled to the point at which every individual is of concern. In any case, restoring incapacitated eagles to the wild is part of what it means to live in a civilized society. 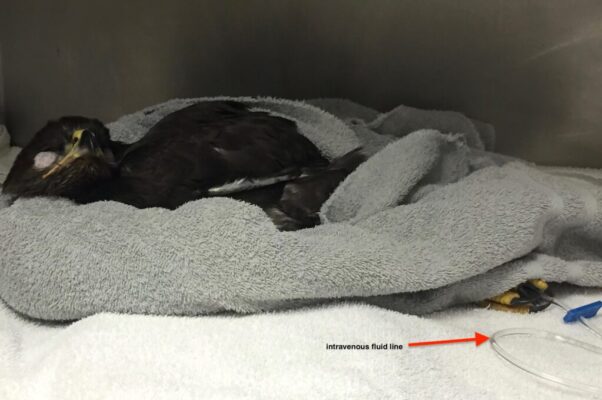 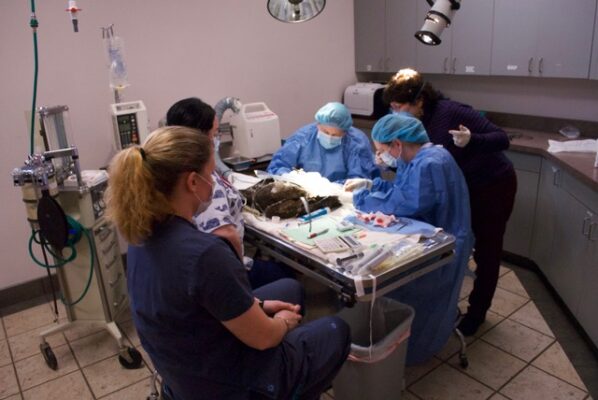 Golden eagle and bald eagle behavior: How they differ

Golden eagles differ from bald eagles in behavior, ecology, life history, response to rehabilitation techniques, and release strategies. Unlike golden eagles, bald eagles are social and can often be found in congregations along seacoasts, rivers, lakes, estuaries and wetlands, or wherever food is plentiful. This includes both live prey and carrion in the form of fish, diseased waterfowl, and mammals dying from various causes. Lakes and reservoirs, for example, often contain large standing populations of fish, some of which experience seasonal die-offs, and there may be considerable statistical accrual of fatalities floating on the surface throughout the year. Even during nesting, carrion may, for the most part, sustain bald eagle pairs and their young. Fledgling and post-fledgling bald eagles can thus be successfully rehabilitated so long as they are able to travel and recognize such opportunities. Not surprisingly, therefore, bald eagles lend themselves more favorably to traditional conditioning and rehabilitation techniques leading to their release, most notably to a water body where they can join company of other bald eagles subsisting on carrion.

The golden eagle, on the other hand, is primarily a solitary raptor, and its food is generally scattered in the landscape and not commonly associated with water bodies or other sites of aggregation. Like bald eagles, golden eagles can subsist on carrion and are proficient in robbing food from other raptors, corvids, and even coyotes and foxes. Diets during the nesting season, however, are largely dependent on catching live prey. Golden eagles spend much of their time soaring high, utilizing ridge-lifts and thermals to cover great distances and enable prey pursuits at high speeds. 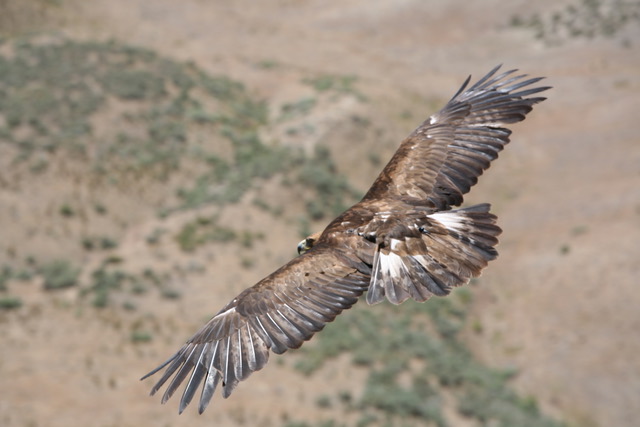 The importance of soaring to golden eagles

The very large aerial distances at which golden eagles are able to search the western landscape in a typical day doubtless helps them find both carrion and live prey.Whereas bald eagles can live in flat, often forested landscapes, golden eagles generally require terrain features offering upslope winds and strong thermals. We therefore emphasize that golden eagles obtained as fledglings or recently fledged juveniles (F/PF) and rehabilitated by means of traditional techniques such as creance-flights or flight-pen conditioning without soaring and hunting experience may have little chance of survival.

How You Can Help

The Falconry Fund is helping to support the rehabilitation of Golden Eagles. You can help by donating to the Falconry Fund for the purposes of this on-going project. You may donate directly through the donation form below or see our Donation Page for other ways to support this project.