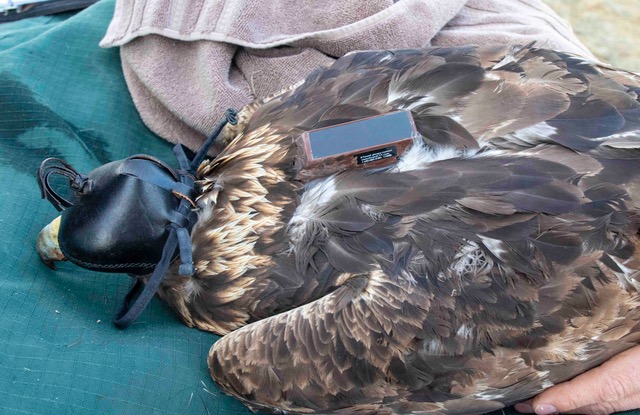 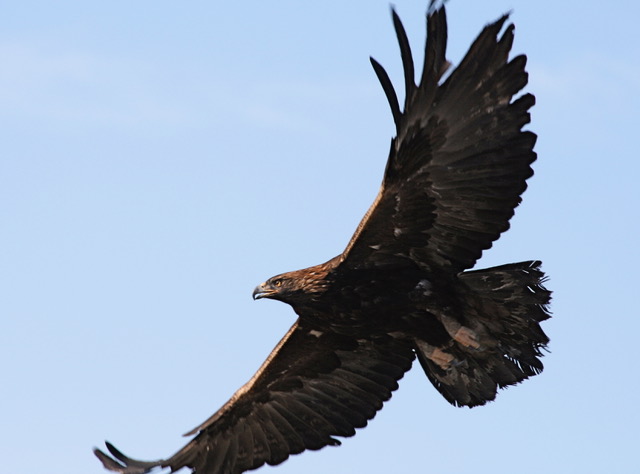 The purpose of the project is to identify best methods for relocating Golden Eagles that have been trapped on sheep ranches. These sheep ranchers have experienced sheep mortality from golden eagles. Golden Eagles will be removed from areas of livestock wildlife conflict to areas of high game numbers. They will be relocated to areas with fewer lambs and consequently areas with possibility for human wildlife conflict. The eagles will be trapped in the parts of Wyoming where eagle depredation has been documented and ranchers are approved to trap and relocate Golden Eagles. Release sites will include various locations within 400 miles of the trapping locations. Release areas will be approved by the landowner/agency and will include areas such as wildlife refuges, State and National parks, National Grasslands, National Forests, and similarly managed conservation lands. They will track eagles using GSM telemetry, and evaluate effectiveness of relocation as a management option to be used by ranchers. 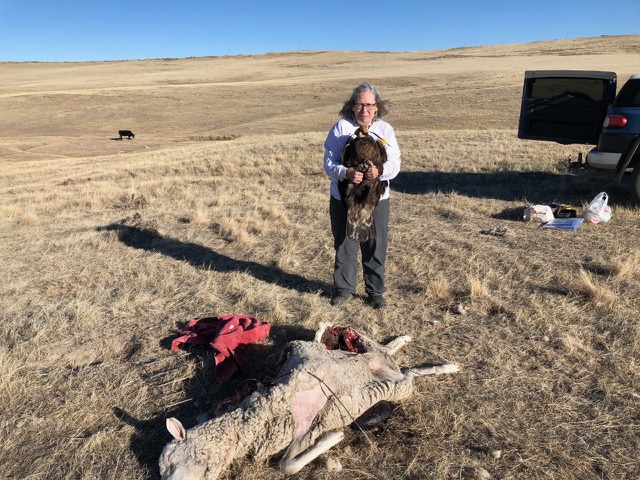 In 1972, the Bald and Golden Eagle Protection Act (Eagle Act) was amended. One of the amended sections allowed for the possession and use of Golden Eagles by falconers. This section in the Eagle Act states: “Provided further, that the Secretary of the Interior, pursuant to such regulations as he may prescribe, may permit the taking, possession, and transportation of golden eagles for the purposes of falconry, except that only golden eagles which would be taken because of depredations on livestock or wildlife may be taken for purposes of falconry” (16 U.S.C. 668a).

Since the Eagle Act has the “depredation” requirement, ranchers and falconers have a shared interest in the success of this project. This project may find relocation only works under certain conditions, thereby supporting a scientific argument for additional Falconry take permits.

This Project will conduct non-lethal trapping and relocation of Golden Eagles, using satellite or GSM transmitters to track post release status and location.

The plan is to trap at least 12 eagles a year. The eagles will be trapped in the parts of Wyoming where eagle depredation has been documented and ranchers are approved to trap and relocate Golden Eagles. Each eagle will receive a backpack GSM transmitter to collect fine-scale data on movements and habitat selection. Collection schedules will maximize the number of locations collected/day in balance with overall device life expectancy. In this way, they will collect data both at a high enough frequency to allow for the accurate identification of movement corridors as well as identify if eagles return to the depredation region. 4 eagles will be transported 100 miles, 4 eagles will be transported 200 miles, and 4 eagles will be transported 400 miles into a quality habitat. Habitat will be considered quality habitat if it contains wide open spaces, perches, and suitable game numbers. Prerelease surveys will be performed in habitats at the above distances before capture and release of eagles. No eagles will be released if lagomorph populations are less than 10 per Km2 (Steenhoff et al 1997).

How You Can Help